Dewclaws in Wolves as Evidence of Admixed Ancestry with Dogs 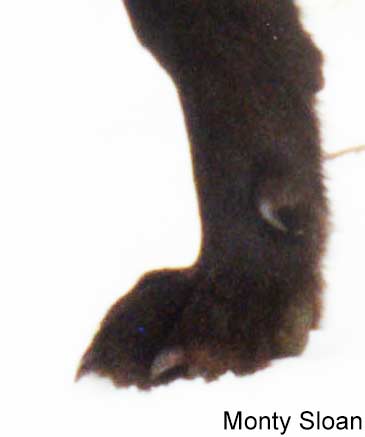 Abstract: Vestigial first toes (dewclaws) on the hind legs are common in large dog (Canis lupus familiaris) breeds but are absent in wild canids, including wolves (Canis lupus). Based on observational criteria, dewclaws in wolves have been generally regarded as a clue of hybridization with dogs, although this was not substantiated by molecular evidence. By means of population assignment and genetic admixture analysis, we investigated individual genotypes of three dewclawed wolves from Tuscany (central Italy, 1993-2001). 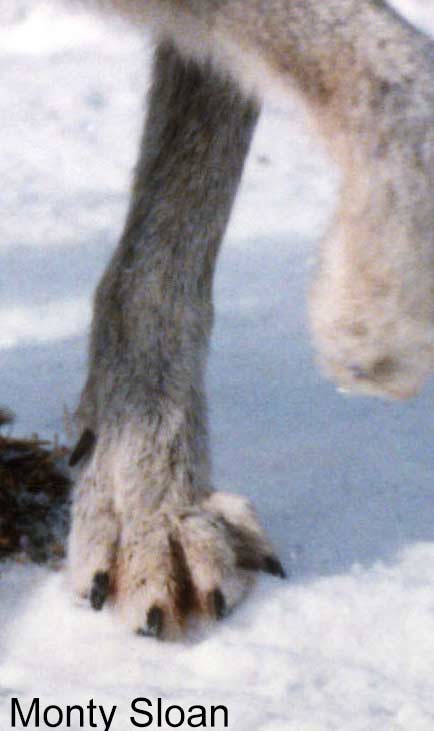 Based on 18 microsatellite markers, dewclawed wolves were not uniquely assigned to the Italian wolf population but appeared to be second or later generation backcrosses of wolf-dog hybrids. Alleles uniquely shared with dogs, and mitochondrial DNA and Y haplotypes identical to those of Italian wolves, further supported their admixed ancestry. Although patterns of dewclaw inheritance in wolf-dog hybrids and backcrosses have not been ascertained, we conclude that dewclaws in wolves, when present, are a clue of admixed ancestry, probably originating in areas where large dog breeds are involved in cross-matings.