Critters Might be Hard to Spot, But Prints Show Where They've Been Going 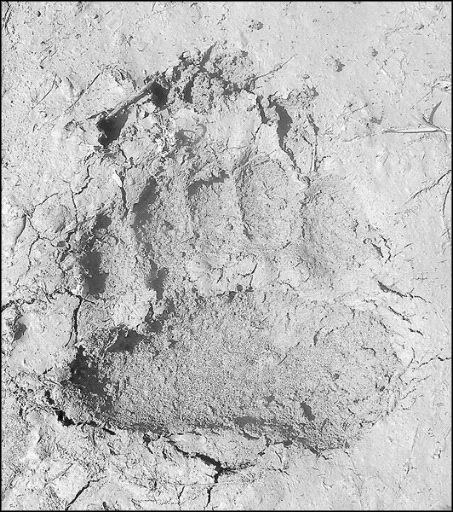 Animal tracks set up well and last for quite a while in mud and wet sand.

Wild animals are almost instinctively elusive, but not seeing any creatures stirring while on a field foray doesn't mean there are none present. Tracks left behind can reveal a complex world of animal behavior, particularly for species adept at avoiding humans.

"Wildlife tracking can be a lot of fun, especially when you find tracks of hard-to-spot animals. It's like being a private investigator," said Michelle Ostrowski, an education specialist at the Kenai National Wildlife Refuge who teaches seasonal wildlife tracking programs as part of broader environmental education courses offered.

Ostrowski explained tracking is similar to detective work in that it is all about solving a mystery by having a keen eye and understanding the subtle clues left behind. To unlock the secrets of these stories written in the ground, one must first learn where to find tracks and then how to read them.

"Now is a good time to look for tracks because with the August rain, it's a little muddier," she said.

Mud is one of the easiest soil types for finding tracks because of how well it records details of a particular animal's print, especially silty, high-clay mud which abounds in this area. As the mud dries out, prints in it last a long time.

Sandy areas are another place where tracks can be preserved. Well-traveled hiking trails in the forest, sandy shorelines of beaches and muddy banks of rivers and lakes are all places to look for prints, according to Ostrowski.

"It's important to stay safety conscious while looking for tracks," she said. 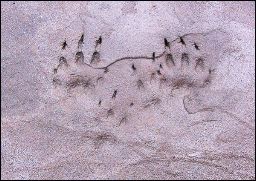 When following, bear tracks for example, Ostrowski said to exercise caution and bear in mind the prints could be five minutes, not five days, old. As for following tracks that lead into areas with duff and leaf litter, Ostrowksi said these areas are not as suitable for seeing tracks, but are not completely without possibilities.

"In these areas you have to look for other kinds of evidence," she said.

This can include scat, scratches or rubbings in tree bark, overturned logs, chewed or bruised vegetation, hairs snagged on branches or in bark, and trampled-down vegetation where an animal has bedded down.

"Winter tracking can be good, too, especially after a fresh snowfall," Ostrowski added, so tracking doesn't need to stop just because the white stuff starts to fly. Unlike mud, tracks in snow can change shape or decay quickly in the warm rays of the midday sun, even on cold winter days, she said.

With an understanding of where to find tracks, the next important thing to learn is how to identify tracks that are found, and this too is similar to sleuth work because it involves lots of comparing.

"To identify tracks we compare the track pattern, the size of the track, the width, the number of toes and we look to see if there are claw marks present," Ostrowski said.

This may sound like a lot of information to look at, but it's simple if taken one step at a time. For starters, Ostrowski said track pattern is basically just how the animals walk.

"There are alternate, two-print and four-print track patterns," she said.

An alternate track pattern involves a left, right, left walking movement. It is not only what humans do, but also is the track pattern for most of the local wildlife.

"Bears, moose, caribou, wolves, coyotes, lynx, porcupine they all do it," she said.

A two-print track pattern, on the other hand, is when the back paws of an animal go into the tracks made by front paws, so often two prints are all that are seen.

"You tend to see the two-print pattern in animals with flexible spines, such as martens, minks, ermines and river otters, she said.

On occasion, river otters will, in addition to their paw prints, also leave tail slide marks where they have slipped into the water, another key to identifying their tracks.

In a four-print pattern, the prints made may be clustered with larger rear paw prints in front of smaller front paw prints.

With the track pattern identified, measuring the size and the width of a track can help whittle down what species left the print behind, particularly for species that are closely related and would leave a similar looking track, such as ungulates. Moose and caribou both have cloven hooves, so they leave what is essentially a two-toed print, but measuring them will make all the difference.

"The moose track will be longer than it is wide, while the caribou track is wider than it is long," Ostrowksi said.

Measuring also helps with canid tracks, which can initially appear similar, she added.

"Coyote and wolf tracks can look a lot alike, but when measured the wolf track will be much larger," she said.

When tracks that appear similar and have a similar size are found, counting the number of toes can help distinguish which species left it.

For example, wolverines, lynx and small wolves leave tracks that are roughly the same size, but Ostrowski said, "Wolverines have five toes, while lynx have only four toe marks to their tracks."
Looking for claw marks above the toes can be another way to determine what animal made the tracks. 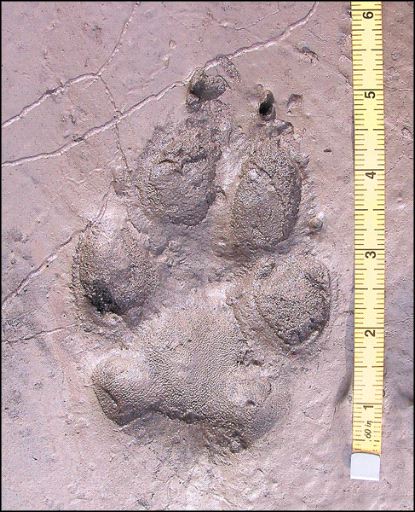 Above, measuring an animal track can be one way to help narrow down which species might have left it, particularly in species such as canids wolves, coyotes, fox and domestic dogs that can leave tracks that are very similar in appearance. Understanding a track pattern, such as this two-print pattern pictured at top, where the back paws go into the tracks made by the front paw, can be another way to distinguish what species left the tracks behind.

"Coyotes and wolves will leave claw marks, but lynx are felids that walk with their claws retracted, so there will be no claw marks," she said.

If all of this sounds like too much to remember, Ostrowksi said there are numerous books and other resources that can be taken into the field to make identification easier.

"There are a lot of good resources out there. We have books on animals tracks here at the refuge that have photos of the track, and track patterns, and other information about the natural history of the animal," she said.

Ostrowski's personal favorite is "Animal Tracks of Alaska" by Ian Sheldon and Tamara Hartson, which she said contains almost every conceivable track that could be found, including the footprints of the infamous Sasquatch.

"We also have track kits that home-school groups, boy and girl scout troops and families can check out for up to three weeks," she said.

Ostrowski said the only thing the kits are missing is plaster of paris, used for making casts similar to dental molds of tracks found, which can be a good way to bring a print back home to further scrutinize it if field identification is proving difficult. Plaster isn't difficult to come by locally she said.

"You can get plaster of paris at almost any hardware store," she said.

Other than the plaster, Ostrowski said the only items needed to make a field cast are water; a container in which to mix the plaster and water together, such as a small Tupperware dish or a baggy; something to mix it with, such as a wooden spoon or a stick; and for those who want a fancy cast, strips of something to make a collar around the print for confining the plaster, such as waxed cardboard from a milk carton with a few paper clips to hold the ends together.

"Try to find a track that doesn't have puddles in it because that will throw off your plaster consistency, and if there are any small sticks or debris in the print remove them carefully," she said.

Once a suitable track is found, the collar can be pressed into the ground around the print and the plaster mixed with the water.

"The plaster should be a similar thickness to pancake batter," Ostrowski said.

Specific ratios for mixing are on most bags of plaster and should be followed. If the mixture is too thick it won't flow into the print well, but if it's mixed too thin it can take too long to dry and harden.

"It should be mixed well with no bubbles, then poured evenly over the whole track. Overflow the track a little bit, too" she said.

The mixture should be poured as close to the ground as possible so as not to alter the shape of the track from pouring too far from the ground.

Drying depends on consistency of the mixture, the air temperature and the moisture in the soil, but Ostrowski said most casts will harden in 10-20 minutes. They can then be carefully pried out and taken home, where any loose dirt can be brushed off after they've had more time to harden.